How to Work on an Open-Source Project Remotely

With the rapid advancements in technology comes technological globalization, where organizational influences reach international scale and companies are able to harness global resources to maximize efficiency. Whereas a couple of years ago, most organizations are limited to hiring from the local workforce, technology has made it incredibly easy to hire resources from all around the world. As a result, hiring remote workers from other countries, including those that are geographically very distant, has become commonplace.

Typically, when you hire remote developers or hire a remote Android app developer for a project, you face a lot of challenges. One such challenge would be language barriers. With the increase in globalization, however, more and more countries are converging towards a common business language, such as English. It has, therefore, become much easier to communicate to other countries for business collaborations. One other challenge would be time zone differences. Since different countries may have dramatically different time zones, it’s recommended to agree on an acceptable time zone for all parties involved.

In this article, we take a look at these different tips for working on remote projects.

But first, let’s get the basics out of the way…

What are Open-Source Projects?

Basically, open-source projects give anybody explicit permission to write, modify, distribute, and debug the source code. One of the major reasons why open source projects have seen a massive uptake is because they are super-effective in lowering the barriers to collaboration and adoption, allowing development teams to take a multifaceted approach in tackling projects. Additionally, they also give enterprises the freedom to control their development approach, unlike closed source. For instance, when using open-source software, a business can hire a development team to make customized improvements to the software, instead of exclusively relying on the decisions of proprietary software providers.

Being one of the most collaborative software development methods, Open-source has continued to see massive growth margins over the last two decades. According to a 2019 report by CB Insights, the global open-source services industry has an estimated value of $17B, and it is predicted to hit $33B by the year 2022.

Some of the biggest open-source projects since the dot-com boom include Mozilla Firefox internet browser that was developed at Netscape in 2002 and Git which is a source code version control system by Linus Torvalds.

How to Increase Collaboration For Remote Open-Source Projects

A few decades ago, workplaces were pretty consistent and predictable environments made up of small cubicles, a conference room, and fairly large closed offices for the executives. The idea of “flexible” office space was a mirage, and you simply had to show up in the office and spend the whole day fixated on a computer.

Fast forward to today, not only are workspaces more contemporary and collaboration-oriented, but most companies are starting to embrace the concept of remote working. True to this, an estimated three in four workers work remotely at least two days a week, taking advantage of different tools and the comfort that comes with remote working spaces.

Along with that, remote work has been shown to offer a number of benefits. For instance, a recent study by Stanford University discovered that employees who work remotely are more productive compared to their in-office counterparts. Better yet, 82% of workers who commute less have reported lower stress levels.

If you are to successfully increase collaboration across your open-source remote team, it’s important to develop a fool-proof strategy and use the right tools.

Below we have developed a blueprint to help you effectively manage your open-source remote team as well as foster good relationships among team members;

One of the main ways to greatly simplify working on remote projects is the adoption of the proper project development framework. An incompatible framework makes control of the project difficult and even more expensive. Choosing the right framework should be treated like going to a party. Choose the wrong dancing shoes and the outcome won’t quite be what you want. And vice versa. One of the best frameworks that are worth looking at is the Agile framework.

The agile framework is an adaptive software development approach that promotes the following:

This framework is in contrast with the waterfall model for software development, in which projects move from one phase to the next in one direction, meaning one phase must be fully completed before moving on to the next phase. For instance, everything has to be completely developed before any testing could be done.

One of the most popular frameworks that use the agile methodology for software development is the Agile Scrum framework. Among the specific guidelines that govern the scrum framework are the following:

Productivity increases when teams become agile and flexible to changes, so adopting the above methodology and framework to create an agile team should prove very helpful.

Along with frameworks and methodologies that enable effective development among remote and distributed team members, it’s also very helpful to utilize a plethora of available tools to help make remote software development significantly smoother and boost team productivity and team efficiency. We take a look at some tools that serve this purpose.

Some of the most popular project management tools available in the market are Basecamp, Trello, and Jira.

Some of the most popular communication tools for remote projects are Skype, Google Hangouts, and Zoom.

In addition to non-technical tools such as project management and communication tools, it’s also important to take advantage of technical tools for the developers to use. Here are some examples of such tools.

Collaboration is very important for teams. Especially in remote software development teams, remote team collaboration is essential because it enables developers to work on the same task and modify the same files without the headache of having to manually reconcile file changes.

For simple document collaboration, there’s the Google suite of online products such as Google Docs and Google Slides. There’s also Microsoft’s own version, Office Online, which allows users to use PowerPoint and Excel free of charge through the cloud.

For visual design collaboration, you can use Zeplin to stage your designs for the development team to implement and work together in a single platform. When working in a remote arrangement, such a tool is critical in making the visual design for the UI.

For code collaboration, there are also a wide variety of tools. These tools enable developers to merge different versions of codes that may have been modified locally by different developers. Among the most popular code-level collaboration tools are Git and Apache Subversion (SVN).

In order to improve the efficiency of teams, especially given the different specifications of the machines of each individual, it’s also a good idea to explore stream processing, where continuous data streams make use of different machines and allow them to compute in parallel.

Along with the unified applications and analytics, stream processing also helps simplify the overall infrastructure of an open-source project because it is built on a similar architecture. It also helps development teams build solutions that utilize analytical results. One of the most popular tools for stream processing is Apache Flink.

Advancements in technology have resulted in new business models that enable more efficient ways of doing business. In the field of software development, it has not only made it possible to hire developers from different parts of the globe, but it made such remote team arrangements a highly viable option. With remote development on software projects becoming a reality, it becomes important to closely examine the challenges that such arrangements may pose, and more importantly, how best to cope with such challenges.

In this article, we’ve taken a look at a number of tips on working on a software project with a remote team. We’ve seen tips on how to manage a remote team using the agile methodology and clarified the difference between agile vs Scrum. We’ve seen how remote team management software can make it easier to keep track of the various concerns that project managers typically have. We’ve seen how communication tools facilitate a more effective culture of communication among the developers, which is highly critical for remote teams. We’ve also seen how technology tools for collaborations make it easier for remote developers to work together despite geographic separation, and how stream processing tools like Apache Flink make applications more optimal by utilizing available hardware resources more wisely.

With all these tips, working on a remote software project should be a walk in the park. 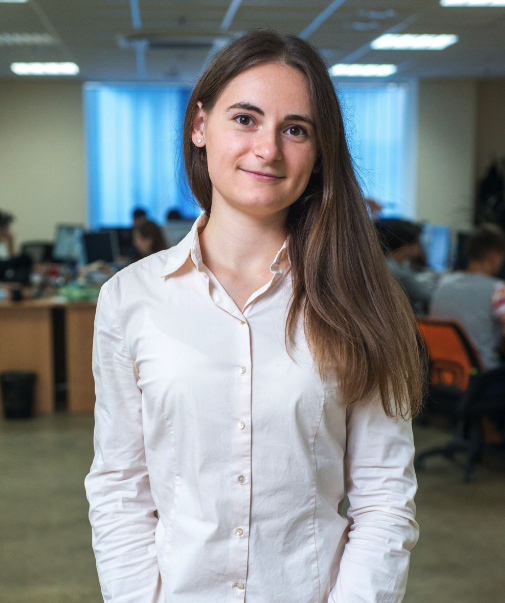 Kateryna managed to work with diverse industries and markets and now is keen on sharing unique cases with the world and coach on topics relevant to Web Analytics and Search Engine Optimization.