What a fast-moving time we live in today! There was some news recently related to Stack Overflow, which combined reveal an extraordinary situation is happening inside the company.

As a result, I believe it will lead to the slow death of their community-based product millions of developers use and love today.

Seems like nothing special, folks are on the way to transform and grow their current business.

However, it’s not about the current business at all.

Although Stack Overflow is making millions of dollars, it’s stuck in the worst-case scenario where it doesn’t grow enough to provide returns to their investors who put $95M before that Series E round.

The major issue is that the Stack Overflow executive team is going all-in on expecting growth from a very different business unit rather than its community.

Now we start smelling the smoke and, yes, it’s that bad.

It’s the #1 priority, which leaves the community out of touch.

The devil in the details, so let’s explore what’s being publicly said and what it really means.

Joel Spolsky shared insights on Stack Overflow revenue in the E918 episode of This Week in Startups.

In the interview with TechCrunch this March, Prashanth Chandrasekar, a new Stack Overflow CEO, draws a similar picture on the revenue split.

The Stack Overflow jobs product accounts for about half of the company’s revenue, he also noted. That’s the very steady business that has existed for all of the entire duration of the company’s life, he said. Ads and the Teams product split the remaining 50%, but it’s the two-and-a-half-year-old Teams service that is seeing the strongest growth now, with revenue nearly doubling year-over-year.
Source: TechCrunch

Let us examine the phrase “That’s the very steady business”.

As a founder, I can translate that into plain English. It means “it doesn’t grow“. Period.

You will find another proof at Stack Overflow blog when they speak about reducing its staff by about 30 people from the Talent division this May.

These actions primarily affected sales and customer success teams within our Talent business, which is dependent on the hiring environment.
Prashanth Chandrasekar

Covid-19 changed the world we’re living in, for sure. But according to Indeed, the software development industry is impacted the least.

It looks like a planned decision to switch gears rather than temporary cost savings, especially when we hear Prashanth Chandrasekar talking about how this crisis boosted new signups and Stack Overflow usage.

Speaking of ads, it’s about the number of impressions. Thus, it’s unlikely that advertising revenue of Stack Overflow will drastically increase in the meantime.

It all brings an attentive reader to the conclusion — Stack Overflow is making about $60M with their community products, and this part of revenue doesn’t grow well enough.

It doesn’t look like a huge problem until we consider the Series D $40M round took place in 2015.

The valuation was $459M, according to PitchBook. I suppose investors are looking to return at least $80-160M from that round, and other folks who put $55M before are in the same mood.

There are two ways to provide such a return: to be acquired or go public.

However, an acquisition in that state is highly unlikely. The price will be too high for the community-based product with no clear way of growth. Trello was in much better shape.

Houston, we have a problem.

That’s when a lifesaving plan kicks in — to provide a SaaS solution to the customers with the need for in house Stack Overflow platform, grow its revenue as much as possible, and go public.

Well, it doesn’t seem that bad with only one exception — this plan is not based on the Stack Overflow most valuable asset, their community. It’s a software platform with new business offerings, customers, and focus.

Prashanth Chandrasekar confirms just that: “Stack Overflow is rapidly transforming into a SaaS company with our Stack Overflow for Team product”.

Seems like this is what he has been hired for, to build a new business unit inside Stack Overflow.

At Rackspace, Prashanth really proved his mettle, creating from scratch a completely new business unit inside the company, the Global Managed Public Clouds Business. This group serves companies around the world who need help running on AWS, Azure, Google, and so on. Under his leadership, Rackspace successfully pivoted from a leading managed hosting company to a cloud services company.
Joel Spolsky

Read it in another language: it doesn’t matter much what happens to the community, the only offering that could bring over $600M of new bookings is the SaaS product. That’s the path they’re taking on.

That would be a hard battle with few resources left to support and develop the community.

Why do I think so?

We at Standuply has been exploring the Q&A space for teams as well. Today we’re running a successful closed beta program with the Q&A platform inside Slack. Before turning to that, I spoke with our customers and heard the same feedback repeatedly.

We don’t want to learn and use another platform for Q&A; developers might be keen on Stack Overflow, but other folks are not. Please have it inside Slack.
A customer interview

It puts Stack Overflow in an adventurous situation because of several important factors, in my opinion.

Firstly, they are not building on their most valuable asset, which is the community.

Secondly, the Teams at stackoverflow.com is not that attractive for customers on Slack and Microsoft Teams who want Q&A inside the chat. It’s a large part of the market.

And thirdly, here comes the most crucial part of the story.

If there would be no pressure to grow and go public, then my musings won’t make any sense.

But the stakes are an all-time high. It changes the dynamic, leaving no room for the current community product on the executive team’s priority list.

Here’s what they’re really up to.

It’s not going from $70M to $700M like Joel proposed in the This Week in Startups.

We already know that a roughly $60M chunk doesn’t grow. It’s likely the path from $20M (where the Teams is probably at the moment) to an additional $640M with about $85M in the bank.

With that said, I don’t think Stack Overflow will loose its community and closes its doors. Not in the near future.

However, we all know what happens to products when priorities change. They are destined for a slow death, which is unpleasant to witness.

The only question that remains is, what will come next? Is it a chance for Experts Exchange to strike back?

Photo by Johannes Plenio from Pexels. 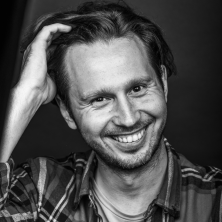 Alex is CEO and co-founder of Standuply where he's in charge of strategy and marketing. Alex is a snowboard fan and travel addicted. Contact him via Twitter or email.