Waterfall vs Agile: Which Methodology Is Right For Your Project?

Planning a software development project via waterfall vs agile methodologies is possibly one of the biggest investments that your brand will make.

Whether it’s an overhaul of your customer service or, the development of a new app, a software project requires a considerable investment of time, money, and resources.  With that in mind, it should go without saying that choosing the right methodology for your project is vital for ensuring that it is completed on time and within budget.

When it comes to software development methodologies, it’s widely accepted that there are two options – Waterfall vs Agile and, today, we’re going to take a look at both to help you figure out which is right for you.

TLC once told you not to go chasing them but, I’m pretty sure they weren’t referring to this traditional style of methodology for software development. Often thought of as the original methodology for development, Waterfall works on a linear approach and, the process usually runs as follows:

This first – and incredibly important – the stage is often the make or break moment of the project. During this phase, the requirements of the project are gathered and documented in a way that the client will understand.  As there will, inevitably, be some technical information involved, this stage may also include mock-ups and diagrams in order to clearly communicate the scope of the project to the client.  Documents may include:

As the project progresses, other documentation will be required and, it’s a good idea to put together outlines of the following:

The last piece of documentation will be the final report of the project.

The actual design of the software

Getting down to the nuts and bolts of the project

The final testing stage for the end user

Fixing any last glitches and delivering the product to the customer

Projects undertaken with the Waterfall approach are generally on firm fixed price contracts.

As I’ve said, Waterfall works on a linear approach which means that every stage of the project is completed before the next begins. In between each stage, the progress will be reviewed and approved by the client before the next phase may begin.

There are a number of good reasons for going with the Waterfall methodology and, these are:

Planning – The comprehensive planning and documentation stage means that the full scope and development of the project is agreed between the developer and the client at the very beginning, helping to avoid misunderstandings.

Progress – With an agile approach, the client is very much involved in the early stages – both planning and reviewing.  This allows for any discrepancies or issues to be identified and fixed without extensive backtracking.

Client involvement – As important as it is for the client to be heavily involved at the beginning of the project, the waterfall approach means that the client is able to take more of a back seat once the initial stages of the project are complete.  This is extremely beneficial as it means that the development company can get on with their work and that the busy client won’t need to be dragged away from other work.

Deliverables – This stage by stage approach allows for a more complete and careful understanding of all components and deliverables.

Big-bang releases are one of the main problems with the Waterfall approach. What this means is that your team works on a project with a set deadline for several months. These launches are stressful for everyone involved and don’t always produce the best results. Think about it: If you have a project roadmap that’s created based on what the world looks like right now, you risk launching an outdated project.

That’s why it’s better to release in iterations. This removes the pressure as you can test smaller milestones. Plus, you don’t risk disruption as you can add on things as you go. Now, agile does have its own pros and cons. One of them is that you need an organizational change to become a truly agile company — and that will take time, money, and energy. However, at the end of the day, being faster and having a better structure for innovation could be worth the cost.

Blinded by science – As the early, customer-centric stage of the project relies heavily on documentation, there’s always a danger that will not fully understand the specific and technical details which have been laid out.

Expectations – As with the above, not all customers are able to form a picture of the finished product from documents and diagrams which may mean that their expectation is different from the result; leading to time-consuming and expensive changes.

Although the Agile methodology follows a lot of the same processes as the Waterfall approach, the methodology is quite different.  Projects using the Agile approach usually work on time and materials or non fixed funding as payment.

The Agile methodology is all about fast delivery through complete and functional components.  Instead of being divided into tasks to be scheduled, the Agile approach works through time-boxed phases known as sprints.  Each sprint will usually take a number of weeks and will consist of a list of deliverables to be prioritized according to the client’s requirements. Unlike the Waterfall methodology, the client will be actively involved at every stage of the Agile process as each sprint will be reviewed,  evaluated and approved by the software development team and the client.

There are a number of benefits to using an Agile methodology for a software project and, some of these are:

Expedition – Where time is of the essence, Agile excels.  With this methodology, a basic version of the software can be produced really quickly in order to meet a launch deadline.  The team are then able to build on the basic version for future updates.

Ownership – The Agile Methodology allows the client to have full ownership of the project as they are involved at every stage.  This can really help the client see the software take shape rather than trying to visualize it through documentation.

Focus – The constant liaison between software developer and client means that the finished product is usually much more user-focused – which is, of course, the point of the project to begin with.

Error avoidance – With the client on board at every stage of the development, the margin for error is significantly decreased and any errors that do occur can be fixed quickly and easily.

Dedicated staff – Unlike the Waterfall methodology, Agile requires all members of the software development team to be dedicated to the project at all times which may lead to a company needing to hire outside developers for other or additional projects.

Customer overload – As with the developers, the client needs to be involved in the project through every sprint which can lead to overload and delays if the client has other things they need to attend to.

Time delays – Client involvement means that software developers will often need to take a significant time to explain progress and processes to the client which can add time to the project.

Location – Because of the intense nature of Agile software development, it’s preferable that the client and all members of the team are able to spend time together in one location.  This can be made difficult by the fact that, these days, members of a software development team may not even be in the same country, let alone the same office for most of the time.

Refactoring – As Agile is very much an iterative approach, a frequent downside is that the full scope of the system is not taken into account within the initial architecture.  This, in turn, can lead to extensive refactoring of the approach throughout the project.

Price – As Agile projects don’t usually work on a firm fixed price, costs can sometimes spiral out of control – particularly when extensive refactoring is brought into play.

Waterfall vs Agile: Pros And Cons

Although there are no hard fast rules, choosing your methodology can be done by looking at a number of factors:

Speed – If the deadline is the most important factor for your project then the Agile methodology will most likely be the best option for you as it allows quick turnaround of a basic version to meet a launch date.

Price – If budgets are tight and price is super-important, Waterfall’s fixed price will help you to avoid any nasty surprises when it comes to the final price for your project.

Risk of failure – Nobody wants their software development to fail and teams will always do their best to ensure that doesn’t happen.  Having said that, by working on the most valuable aspects of the project first, the Agile approach tends to cut down on the risk of overall failure for a project.

Staffing – Unless you have a huge team, it may be that you simply can’t afford to have all of your staff working on just one project for months on end – in which case, the Waterfall methodology will allow you to allocate staff to other projects during the process.

Waterfall vs Agile. What is the difference?

For example, a software team may choose to take advantage of the comprehensive planning stage of the Waterfall approach but, will also adopt Agile elements such as prioritizing the expedition of high-value components in order to speed up the process and get the product to market earlier.

Choosing a methodology does, also, very much depend on the project in hand – for this reason, a number of large software companies, including Cisco, prefer to decide on a project to project basis and are known for successfully adopting both methods.

Whichever method you decide on – waterfall vs agile, communication between team and client will always remain a priority and, this should be the ultimate focus of every project. 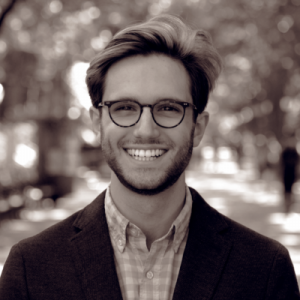 Zachary Hadlee is a technology journalist from London, currently based in Malaga. He writes stories about how the internet works - and how it is changing. From artificial intelligence to UX, things are happening today at a pace that can seem bewildering. He is an associate with future-processing.com.